On December 07 2022, the Bank of Canada raised its benchmark interest rate by 50 Bps for the seventh time this year. This brings the central bank’s target for overnight lending between financial institutions to 4.25%. But what does this mean for Canadians and the economy?
Facebook Twitter Instagram

On December 7, 2022, the Bank of Canada raised its key interest rate for the seventh consecutive time in what could be a sign that the end is near. Canada’s central bank has been steadily increasing interest rates over the past few years to contain inflation and keep up with the nation’s robust economic growth. But how long can this trend last? Let’s look at what’s happening with Canadian interest rates and how long experts think they may remain at their current level.

The Bank of Canada’s main priority is to keep inflation at 2 percent, which it has been able to do since it began raising rates in March 2022. The central bank’s rate increases are an attempt to cool down the economy, which has seen significant growth over the past few years due to higher consumer spending and corporate investments.

Raising interest rates can help slow down borrowing and spending as it becomes more expensive for consumers and businesses to borrow money. This may be beneficial if lending gets too high and creates an economic bubble, but it could negatively affect struggling industries such as retail and construction.

While raising interest rates can help curb inflation, there is a risk that increasing them too much could cause a recession. The current level of 4.25% is still considered low historically, so further rate hikes may not be necessary.
The Bank of Canada will continue to review economic data before deciding whether or not further rate hikes are necessary. Still, at this point, it looks like there won’t be any more increases anytime soon.

Why Are Interest Rates Rising?

The Bank of Canada has been gradually raising its benchmark rate to cool off an economy that’s running hot. This is in response to increased consumer spending, rising housing prices, and other signs of economic growth. By raising its key interest rate, the central bank is making it more expensive for consumers to borrow money, which should have a cooling effect on economic activity.

In addition to managing inflation and economic activity, the Bank of Canada is also trying to protect Canadians from taking on too much debt. It hopes to encourage Canadians to save rather than spend by making borrowing more expensive, which could help reduce household debt levels in the long run.

How High Can Rates Go?

At this point, it’s unclear how high rates may go before they start heading back down again. Some analysts expect that there may be one or two more hikes before the central bank starts reversing course and cutting rates once again. Others believe rates could continue climbing into 2023 before they start coming back down. It all depends on how well the economy continues to perform going forward.

It remains to be seen whether or not Canada’s central bank will continue raising interest rates over the next few months and into 2023. However, higher borrowing costs are here for now. So anyone looking for a loan should plan accordingly by shopping around for competitive terms and locking in their rate sooner rather than later! Understanding why these changes are taking place can help Canadians make smart decisions about their finances going forward – no matter where interest rates end up!

In conclusion, the Bank of Canada’s decision to raise interest rates on December 07, 2022, was an attempt to cool down an overheating economy while still keeping inflation under control. It remains to be seen how effective these rate hikes will be in curbing excessive borrowing and spending without hurting struggling industries such as retail or construction. For now, it appears that no further rate hikes are on the horizon – at least until economic data warrants another look from the central bank. For Canadians looking for financial advice during these uncertain times, consulting with a financial professional is recommended to make informed decisions about their personal finances.

PrevPreviousWhat is the Minimum Wage in British Columbia
NextMortgage For Self-Employed – Stated Income, Low Doc and No Income Verification MortgageNext 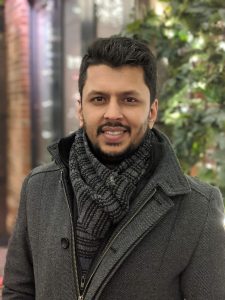